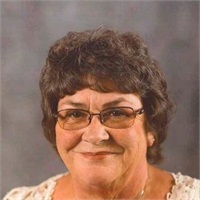 Patty Flagg first became fascinated with the world of finances in 1969 when she started working as a bank teller. After a brief respite of motherhood and raising her two children, John and Brandi, she went to work at the Internal Revenue Service as a Taxpayer Service Representative from 1978-1982.

In 1982, she went to work for a small tax firm as a tax practitioner. Many of her clients were seeking her opinions and advice regarding their investments. Subsequently, she decided it would benefit her and her clients to become more knowledgeable in this area. She became licensed in 1999 with Avantax.

In addition to being an Enrolled Agent, Patty holds Series 7, 63, 66 Advisory licenses, as well as life and health insurance licenses and variable contracts. She is licensed in ME, MA, FL, SC, NV, VA, MD, NH, SD, TX, WY, CT, MT and CO. Patty also participates in the Partners Programs a Field Advisor. Patty first became a Chapter Director in 2006 and believes that you get back more than you give as a Chapter Director.

In 2001, Patty began her own practice as Patricia A. Flagg, E.A., finding taxes and investments to be the perfect “mix.”

Patty is a past president of Maine Association of Professional Accountants (MAPA). She is currently on the board of directors and has served as legislative chair for many years. She has also served on other committees, including scholarship, education, and nominating committees. Patty has represented MAPA as a delegate at the National Society of Accountants (NSA) National Convention for many years. She has been a member of NSA for many years and has served on their leadership and membership committees. She monitored the Maine Board of Accountancy for more the ten years.

Patty’s passions are her four grandchildren, painting, traveling, gardening, and any family activities.